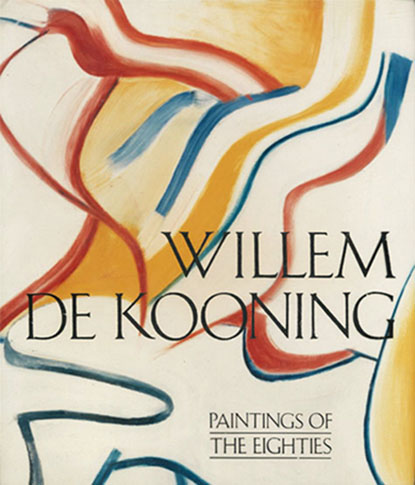 After de Kooning's exhibition of paintings at Fourcade in 1985 we proposed a book concentrating
on the paintings of his final decade. This was the first effort anywhere to present comprehensively
de Kooning's late work that many dismissed or criticized. Regrettably Xavier Fourcade, his dealer,
died within a year and two years later Elaine de Kooning, who controlled the artist's affairs, died
of cancer. With their passing access to unpublished material closed. Some four hundred unseen
paintings reportedly were in storage in a shed near his studio. The book remained unpublished at
the time of de Kooning's death. Paintings from the decade have emerged since.